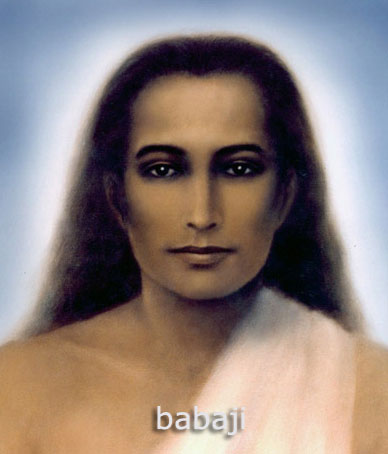 Click on the image to see another pictures of Babaji

Babaji
(Himalaya)
Also known as Mahavatar Babaji, Shri Babaji.
Made famous by Paramahansa Yogananda's book Autobiography of a Yogi, Babaji is known as "the deathless avatar" because he overcame physical limitations regarding the human life span. It's said that he didn't die, but ascended with his physical body. Many accounts of him appearing physically to spiritual seekers have been written. However, he usually comes to those who invoke him on the spiritual plane, and they "hear" Babaji through thoughts, feelings, or visions.


Babaji's mission is to bring humanity closer to God, and to follow God's will. He encourages people to follow their own spiritual path, and says that all religions lead to God. He encouraged Yogananda to bring Kriya Yoga (which involves 18 yoga postures—also known as asanas or mudras) to the West. Kriya is known as a tool of enlightenment and may have helped spark the current popularity in yoga.

Say the name Babaji repeatedly, feeling the energy of his name in your heart. In his autobiography, Yogananda said that if you say Babaji's name with reverence, he directly blesses you. He told me that we can best contact him while we're engaged in breathwork and yoga. Babaji said that he's one with all breath, and when we consciously breathe in and out deeply, we're consciously connecting with him.